Silver Arowana fish is for those who want to beautify their aquarium without spending too much. Some people give them the names “monkey fish” or “river monkey” due to their jumping nature. These fish are notorious for committing suicide by jumping out into the dry. That’s why it is mandatory for the aquarium to be covered. Their shiny silver color is what distinguishes them from other arowana fish.

Silver arowana are found most abundantly in the Amazon basin, and also in Rapununi and Oaypock rivers in South America and Guyana too.

Silver arowana fish is a carnivorous being. Silver arowana feeding mostly comprises of meaty items such as shrimps, beef heart, insects, feeder fish like goldfish, and frogs. Some people recommend not to feed them insects from a health care perspective. Some suggest artificially processed food (floating pellet food) which is specially made for this subclass of arowana fish. Feeding crab is also a good option. It is also important to keep the food items diversified. Your fish should get to enjoy different recipes.

Living conditions need to be taken care of well. Silver arowana fish are respond to their habitat in a very obvious manner. Their health is a clear reflection of whether the aquarium is offering them a good habitat or not. You must maintain the pH level between 6 to 7. Ideal temperature range is between 24 Celsius (75 Fahrenheit) to 28 Celsius (82 Fahrenheit). Optimal temperature is 26 Celsius (79 Fahrenheit). To better manage silver arowana care, 25-30 percent water refreshers twice a week are strongly recommended.

Silver arowana will reflect your aesthetic sense upon your guests. They are attractive due to their shiny color and will make your aquarium lively. Sourced: arowanafishinfo.com (link error)

Where can I buy a Silver species?

Your local fish shop will most likely carry the silver species on hand. Its a pretty commonly purchased fish for most shops and if not on hand, they will be able to order in from their supplier. It only takes a couple days for them to receive their shipments.

How much does a silver cost?

Depending on where you live in the world, the silver is still the most common arowana species available. The variable in which makes the cost different is what size of fish you are buying. Just remember that the smaller the fish you are willing to buy, the cheaper you will pay. The reason being, younger fish are not as hardy as an older fish. To sum it up.. the smaller the fish the cheaper in cost it will be.

What size aquarium do silvers need?

Arowana fish grow very large and are one of the largest “pet fish” we keep in aquariums. Keeping Aros is a serious deal and they need big tanks. Middle aged fish need 90 gallon tanks and up. A lot of people keep these fish in smaller tanks with heavy filtration but dont push your limits. The most common mistake is to put your juvenile Arowana in a 55 gal tank and “plan for an upgrade” by never do it.

Have Anything to Add?

Posted by Ryan Vollmer:
Would you say the Silver Aro is the most commonly found for aquarium owners in the industry? and why is that the case? I think the other species are a lot more cosmetically beautiful when compared to the Silver. Anyone have an answer for me? I have heard that red species are more expensive?

Reply from Sarah:
Pretty sure the Silver species is the most common because of how expensive and rare the other species are. We can only take what we can here as aquarium owners. I mean.. if given the chance I would love to have a super exotic species worth hundreds of thousands of dollars but that just isn’t the case for us aquarium owners. Some of us are lucky to have what we even have. http://arowana-fish.org/species/

Posted by Yang Utale:
Yeah because were not millionaires you dummy. haha. I would do crazy things to get my hands on an endangered aro but that just isn’t going to happen. I would just love to take pics of it and upload them to the groups and forums and be like.. “yeah thats whats up!” I like to boast about my exotic fish if you can’t tell. This species usually usually doesnt have a high cost or price. That’s why it is so popular.

@Reply: They can be aggressive but depending on individual they can be a tad peaceful as well. But the risk is not worth it. They are pretty hefty jumpers as well. My last one managed to jump out of a tank that had been protected for Arowana jumping. Not sure how it managed to find that just small crevice.

@Posted: Friend’s arowana has an uneven tail fin, and he wants to cut it so it can grow evenly. Could he do this? And using clove oil as anesthetic?

< I won’t say it won’t work, but it just sounds dangerous all around

< That sounds cruel. Don’t mutilate the fish. If you don’t want it find someone else who will take it. This just doesn’t seem right to me.. I’d just leave it. And like someone else had said; if he’s up happy because of the way the fish looks.. Give it to someone who will appreciate it how it is.

< So people are upset about holding a fish out of water for 3o seconds. But some find this ok…. i guess i don’t get it… anyhow. Why? So you can change the asthetics of the fish? Its not for any reason of health. I dont recommend it. Not just for looks.

< Clove oil is used euthanize fish. So generally if it used to kill them it wouldnt be a good idea to use as an anesthetic. As for cutting don’t do it your self. Take to a professional if you absolutely must, someone who does Oranda cutting and such. See what they say, personally I think a little flaw adds interest.

< It’s not just a piece hanging off, it is damaged like I already said. Vets use clove oil as anesthetic for fish a lot of the times they perform surgery. You have to dose correctly.

< Ok…. so let me clarify. Only an OVERDOSE of clove oil will kill but it can be used as a direct local anesthetic. For me to judge if its an ok thing id need to see a picture of the issue. Not all of these cuts grow back. If its an injury and its to aid in physical damage that has rendered the fish in issue then its something that can be done. But really recommended by persons with high amounts of experience.

< It’s no diffrent then Clipping a birds wings…. Or trimming ur dogs nails…. Its easy as hell to do… Just don’t be dumb about it and take to much. No reason u can’t do it. I’ve trimmed my fishes many times. Dew to splits. Or funny damages. Comes back straight and perfect.

@Posted: I have a 3 inch chili red indonesian arowana….i would love to do a change over to my aqurium…currently living in malaysia…..i would like to change the background and the lighting….so the arowanas colour is brought out…..using 100watts white lamp now…..any suggestions?

@Posted: I have been looking and from what I have found is that most freshwater carnivorous fish are capable of digesting it. Now I am not sure if any actual research has been done. But I even found an article that says arowana are know to eat birds off of low hanging branches. (Not sure if it’s true but it’s in an article)
Well hopefully one day a study will be done and put this to bed.

@Posted: over the past 20 years I think I may have bred around 10 different pairs of Angels. After about 3-4 tries they usually get the hang of it and the fry survive 4-5 days in free swimming stage which is when I separate them if I am bothered. The last pair that I had to give away managed to fend off 24 inch Arowana, 10 inch pangasius, school of Black skirt tetras etc. in the same tank for upto 2 days in free swimming untill the fry decide to get more adventurous and get eaten by others or blown over by filters. 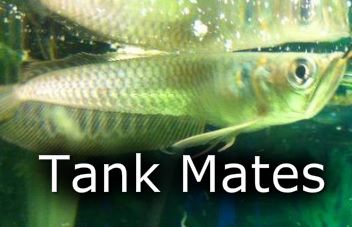